HANDTMANN PRESENTS ITSELF AT THE BEVERAGE FAIR BRAUBEVIALE 2019 IN NUREMBERG

This November around 40,000 trade visitors, including around 18,000 from abroad, attended BrauBeviale 2019, one of the most important international capital goods fairs in the beverage industry. A total of 1,088 exhibitors, 54 per cent of them international, provided visitors with information about the process chain of beverage production. Handtmann Armaturenfabrik was present this year as a specialist in the cold block sector with a 60 square metre exhibition stand.

"Your Brewing Process in Safe Hands" was the trade fair motto

Handtmann Armaturenfabrik presented the product areas using the honeycomb graphic under the motto "Your Brewing Process in Safe Hands". This year's stand was again designed in the style of a cosy and sociable "pub", which was very well received by the visitors. Visitors were able to taste German and international beer specialities while having interesting discussions in the lounge. In addition, "Einbecker Pils" and "Einbecker Kellerbier" from Germany were served on tap. The traditional Swabian "Maultaschensuppe" [German dumplings in broth] was served with it.

This year the focus of the exhibition was on CSS beer stabilization with regard to beer without the addition of PVPP, which enables plastic-free beer stabilization. A CSS column was presented at the stand, which attracted a lot of attention. Individual components were also on display, including a double-seat valve type 580, a tank outlet, two 1-hole cleaning air/valve combinations (RLV units), wort/yeast aeration with sight glass and a multi-way combination from Handtmann.

Along with top reference customers from the USA and Canada, such as Karbach, Firestone and Okanagan Spring, there were quite a few Russian breweries in attendance, who were keen to enquire about the products and services offered by Handtmann Armaturenfabrik. A total of more than 85 interesting trade fair contacts were made, which are now being looked after.

NEW MANAGING DIRECTORS AND AUTHORISED SIGNATORIES ARE PREPARED FOR THEIR TASKS

Handtmann values and Handtmann code of conduct are important guidelines 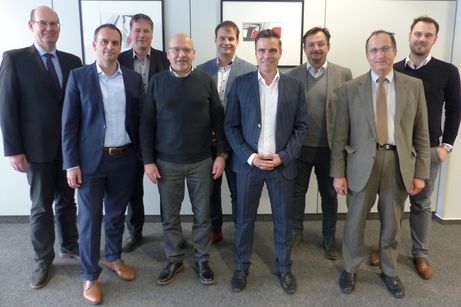 Handtmann's company management has launched an introductory and information event for new managing directors and authorised signatories. Similar to the introductory event for new employees, the aim is to support them in starting their new task or starting at the Handtmann Group of Companies and to provide them with important information for the respective task.

At the beginning of December, three new managing directors and five new authorised signatories were "sworn in" to their management tasks. Whether the Handtmann family's expectations of the role of a managing director or authorised signatory, whether legal bases, whether legal structures within the Handtmann Group of Companies and in external relations, whether insurance concepts, whether guidelines and application examples for compliance, whether mutual expectations in the cooperation between the individual business divisions and Human Resources, whether financing and controlling or also topics relating to information technology - the agenda for the introductory day was extensive.

Extraordinary test performances are honoured at the annual educational event 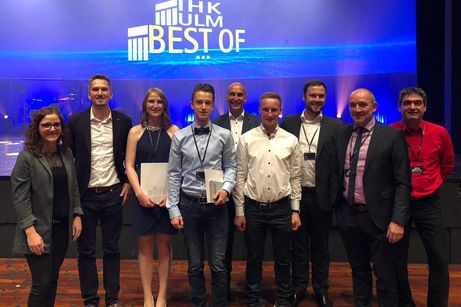 In November at the “Best of 2019” training event for the Ulm Chamber of Industry and Commerce [IHK] at the Biberach town hall, the best graduates from the training and advanced training were given recognition for their achievements. This event was attended by about 800 guests from business, politics and society.

Celebration is an annual platform for a reunion of former employees

The Handtmann Group's pre-Christmas celebration for retirees is a tradition that is always cultivated. Once again this year around 220 former employees came together for an afternoon of encounter and exchange at the Biberach location.