Milestones in the company's history

In more than 145 years, Handtmann has developed from a small-scale brass foundry to today's successful, international group of companies with 4,100 employees.

The Handtmann Group of Companies aquires the dutch engineering and trading partner Verbufa. 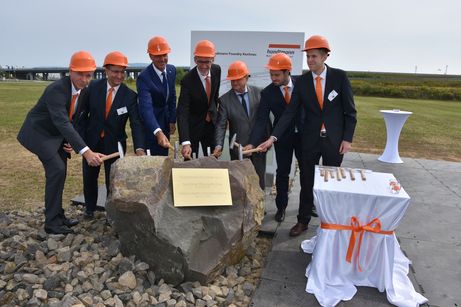 Groundbreaking ceremony for a new factory for Aluminium high-pressure die-casting and mechanical machining in Kechnec (Slovakia). 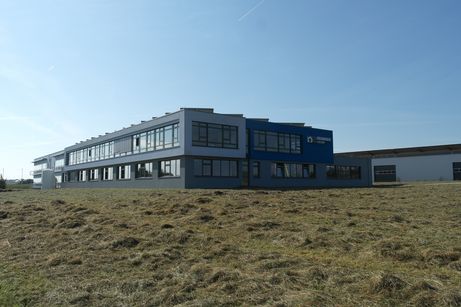 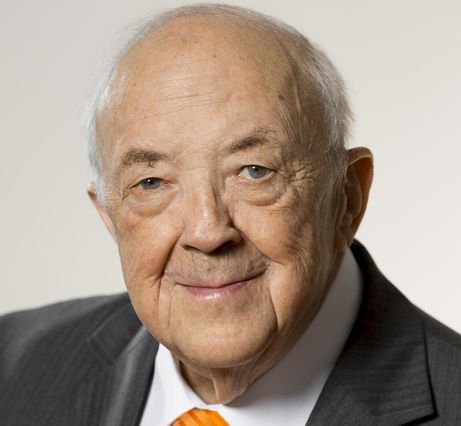 Arthur Handtmann, President of the Advisory Board of the Handtmann Group of Companies, passes away at the Age of 91 on 14th April, 2018. 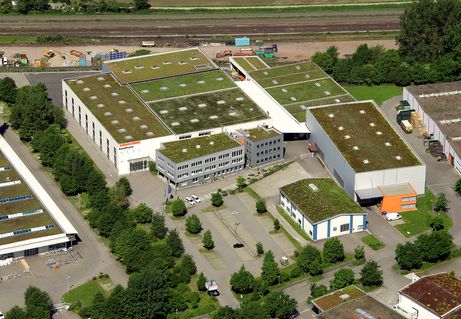 The Handtmann Group of Companies sells Handtmann A-Punkt Automation GmbH and the foreign companies belonging to the division in the USA, Russia and China to the current Managing Director Armin Walther, within the framework of a management buyout.

Handtmann invests in a new magnesium production facility in Biberach. In addition to aluminium, more cast parts will be produced from magnesium in the future. Magnesium alloys have become interesting materials in the lightweight construction and engine construction sectors, as well as in the automotive construction industry in general, as they boast weight savings, more energy-efficient manufacturing and excellent damping characteristics.

In honour and recognition of his outstanding services to business and for the public welfare, Arthur Handtmann is awarded the Order of Merit of the Federal Republic of Germany – 1st class. Deputy Minister President Dr. Nils Schmid presents the award on behalf of Federal President Joachim Gauck.

Inauguration of a new foundry in China: Since November 2014 the Handtmann Light Metal Foundry (Tianjin) Co., Ltd. has been producing transmission and clutch housings for automobile manufacturers. In just one year, a production hall and administrative building were constructed on a 52,000 m² plot on the outskirts of the Chinese metropolis of Tianjin.

Albert Handtmann Elteka GmbH & Co. KG moves from Arthur-Handtmann-Straße in Biberach to the Aspach industrial zone. A production area covering 8,000 m² and an office building of 1,900 m² is constructed on a 23,000 m² plot.

The company has developed into one of the world's leading global manufacturers of engineering plastics. All engineering activities and production, as well as any assembly work for all products, are performed at the headquarters in Biberach. 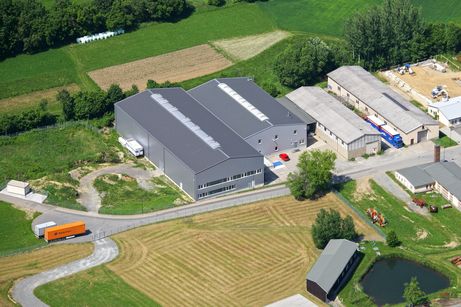 In Königswalde, Saxony, a group of halls is purchased for the mechanical treatment of aluminium cast parts. In summer 2014, two processing lines for oil pans are installed in their entirety. This solves the problem of a lack of space in Annaberg and all the external warehouses can be vacated.

A new production and administrative building for the Armaturenfabrik is constructed in Arthur-Handtmann-Straße in Biberach. Albert Handtmann Armaturenfabrik GmbH & Co. KG is one of the leading suppliers of armatures, valves and process technology for the beverage industry, as well as increasingly for the biotechnology and chemical-pharmaceutical industries. 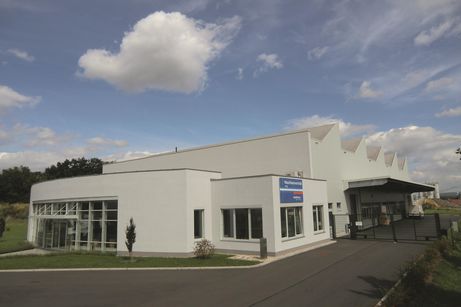 Handtmann filling and portioning machines are completely dismantled and re-engineered to industrial standards in a new, state-of-the-art assembly plant in Zittau. Handtmann is therefore now able to also offer its legendary Handtmann quality to those international customers who wish to purchase second-hand machines.

The Biberach museum stages the "alles handtmann" special exhibition, covering the Handtmann Group of Companies in the past and the present. 11,000 people visit the elaborate technology presentation at the museum and tour the Handtmann facility.

Handtmann Slovakia s.r.o. is founded in Slovakia. The new foundry goes into production in 2009. In 2015, 140 people are employed in Košice .

The Maschinenfabrik celebrates its 50th anniversary. Representatives from politics, business, the dealers and agencies, plus customers and employees attend the celebrations.

Handtmann Systemtechnik GmbH & Co. KG is founded in Biberach. Handtmann is thus responding to the increased demands from the automotive industry. It has become necessary to supply automobile manufacturers components that are ready for installation on the production line, i.e. complete systems, not only cast parts.

Foundation of the first foreign subsidiary of Handtmann A-Punkt for the sale of machining centres in the USA: Handtmann CNC-Technologies Inc. Other subsidiaries are founded in Russia (2006) and in China (2015).

The expanding Maschinenfabrik in Biberach is moved to the new Aspach industrial zone and fitted with state-of-the-art production equipment. In 2010, the newly built customer forum is inaugurated and production, research and development are extended by 50 %. In 2016, a second forum and a new high bay warehouse are built.

The 125th company anniversary is celebrated. In the anniversary year, 1,500 people are employed and sales of DM 498 million are generated.

Minister President Erwin Teufel opens the festivities. Arthur Handtmann steps down as the Managing Director of all companies and becomes Chairman of the newly established Advisory Board. His son Thomas Handtmann takes on the management of the Group of Companies in his place.

The Handtmann Group of Companies takes over Leichtmetallgießerei Annaberg GmbH, which was founded in 1926 by the Zschopauer Motorenwerke DKW. Job security for 100 employees and an investment amount totalling DM 10 million was agreed with the Treuhand state holding company. Handtmann invests more than DM 40 million by 2004.

Today, more than 20 state-of-the-art high-pressure die casting machines with closing forces of 420 to 1,300 tonnes are available for the production of aluminium components. High quality casting finishing and CNC processing is integrated into the fully automated production process.

Handtmann begins to use an innovative casting method which comes from the USA – full mould casting or the lost foam casting method. This method is particularly suitable for producing complex cast parts. A high volume plant is commissioned in 1995.

Handtmann Elteka starts production of golf club heads made from Lauramid. Handtmann Sports Int. Corp. is founded in Niceville. The golf club heads are cast in ceramic moulds. Fine machining is carried out in England and the USA. Famous German sports personalities market the products. Willi Hofmann, professional golfer and trainer of Bernhard Langer, is one of the celebrities who helps the marketing activities. In 1996, Handtmann Sports is liquidated due to a lack of contacts in the American golfing world. 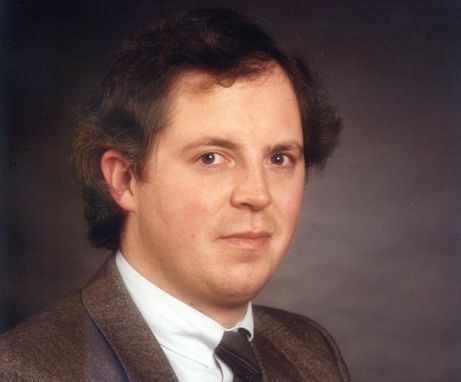 Thomas Handtmann, Dipl.-Ing. ETH, joins the company management. He represents the fourth generation and guides the family enterprise into the future together with his father Arthur Handtmann. 630 people are employed in the Group of Companies.

In 1968, Arthur Handtmann enters the plastics development sector with the foundation of Handtmann Elteka. This involves a lactam-based polyamide which is later known under the brand name Lauramid®. It takes 15 years until the very promising new material is ready for production, achieves positive economic results and results in the acquisition of new groups of customers – textile machine manufacturers, paper machine producers, the mountain railway industry etc.

Purchase of company premises in Birkenallee (now called Arthur-Handtmann-Straße), Biberach. In August 1968, the Maschinenfabrik and the Armaturenfabrik move to new halls, while the relocation of the Metallgusswerk takes several years.

In 1973, Handtmann builds a production hall for high-pressure die casting in Birkenallee. In 1978 and 1983, gravity die casting and sand casting are relocated.

Gravity die casting starts. This process is used for complex applications and is suitable for the series production of cast parts with a weight of up to 20 kg.

At the same time as the expansion in the field of light metal casting, Arthur Handtmann decides to set up the company's own mechanical engineering business after he was asked whether he could build a hand-operated sausage filling and portioning machine. It soon becomes clear that only a motorised device can simplify the difficult, monotonous sausage portioning work and bring about real progress.

By 1961, a series of portioning and linking machines has been created – the Handtmann automatic filling machines in the FA 40 and FA 70 performance versions, as well as six piston filler types, F20 to F70.

The breakthrough comes in 1962. At the IFFA in Munich, Handtmann Maschinenfabrik surprises the experts and sells 152 of its innovative automatic filling machines to customers throughout Europe. 80 people are employed. 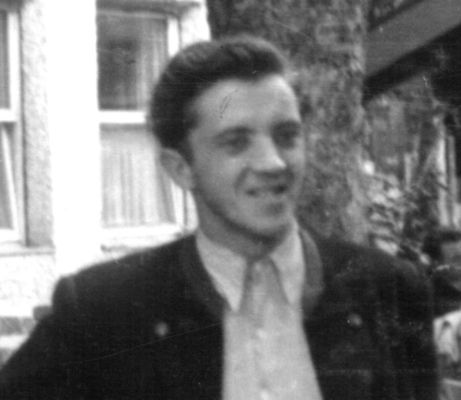 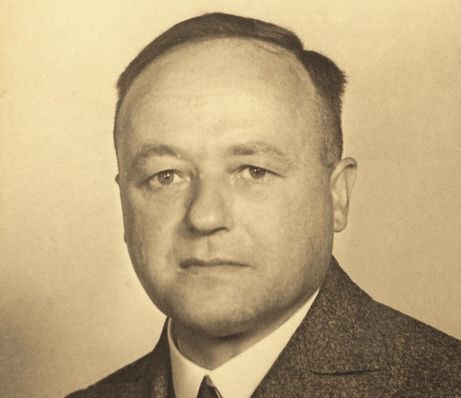 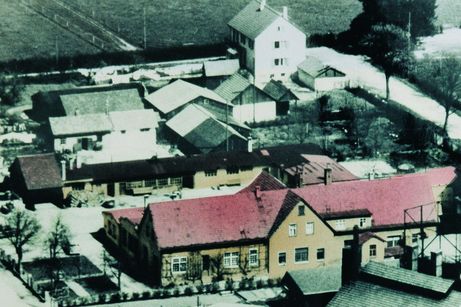 Due to the unpleasant odour in the town centre from the oil heaters in the smelter, the factory is moved out of the town. The new location is Brühlstraße/Fabrikstraße next to the Biberach gasworks. Area of the plot: 6,500 m².

At the beginning of the war in 1939, Handtmann employs 35 workers. All the workers are called up, except for five men who are not fit for duty. Brass is viewed as a strategic material for shells and cartridges as well as for gun and artillery ammunition. These parts are delivered to arms manufacturers in Ulm and Friedrichshafen to be finished.

Adolf Karl Handtmann buys machines and modernises. In addition to the company's traditional business with armatures for breweries and distilleries, he starts supplying fitters with taps and annealed cast iron fittings wholesale. 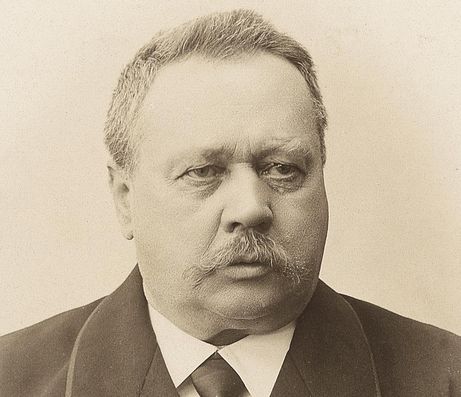 The bell-foundryman and master mechanic Christoph Albert Handtmann (1845-1918) founds a brass foundry in the historic "Bachmühle" mill on Ehingertorplatz in Biberach. The plot has an area of approx. 1,200 m².

In 1900, Handtmann is one of the exhibitors and advertisers at the Biberach regional commercial trade fair. The portfolio is very wide-ranging: iceboxes and refrigerated cabinets, carbon dioxide, air and water pressure devices, all types of taps and connectors, rubber tubes and large, circular, vane, suction and pressure pumps. Barrel taps also become one of the products produced by the Handtmann brass foundry. Via the production of these barrel taps, Handtmann begins supplying breweries and mash houses.

Handtmann casts the connectors and taps required from brass, especially plug valves. It is the initial beginnings of Handtmann's activities for the beverage industry that have continued without interruption to the present day.