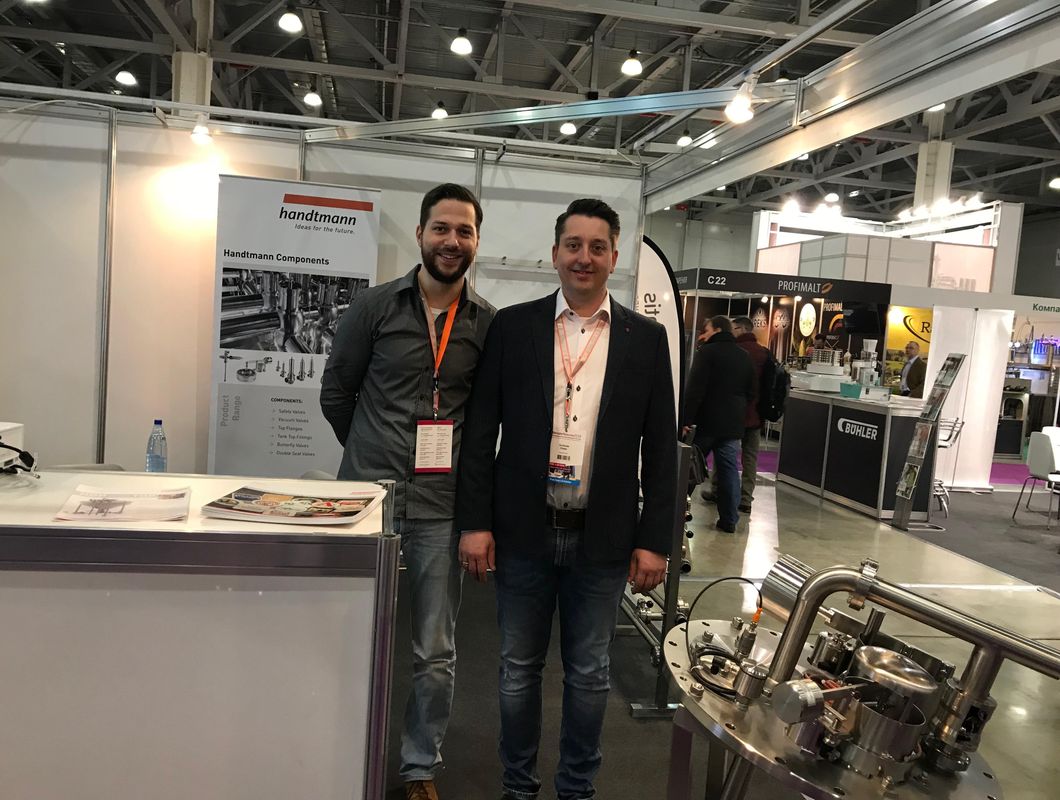 Clemens Lutz (on the left) und Andreas Pidde (on the right) at the Handtmann Armaturenfabrik booth.

The sales staff Andreas Pidde (Components) and Clemens Lutz (Process Technology) of the Handtmann Armaturenfabrik were able to give a very positive review of this year’s Beviale  in Moscow.

Covering the entire Eastern European area, the biggest exhibition for the beverage industry took place from February 27 to March 01, 2018. In its third edition and as already expected, the trade fair reported record figures with roughly 5300 visitors, 146 exhibitors and 2000 m² exhibition space.

“An exhibition that developed into a real hot spot for the Russian brewing industry!” a satisfied exhibitor was quoted. For the Handtmann Armaturenfabrik this trade show is an ideal platform to meet existing customers from Eastern Europe, and to focus on potential chances for new projects.

“After the depreciation of the ruble the Russian market has stabilized, which positively affects the investments and new business relationships”, Andreas Pidde summarized after three exhibition days.

Previously a visitor of this trade show, the Armaturenfabrik showed up with an own stand in 2018. The VLB from Berlin invited to join specialized lectures and interesting seminars, which mostly attracted young people.

Lots of keen-to-invest craft brewers from Russia breathed some fresh air to the show. The good mood led to numerous conversations and new contacts. “Offers and customized solutions are being sent, we are very satisfied” Clemens Lutz says.