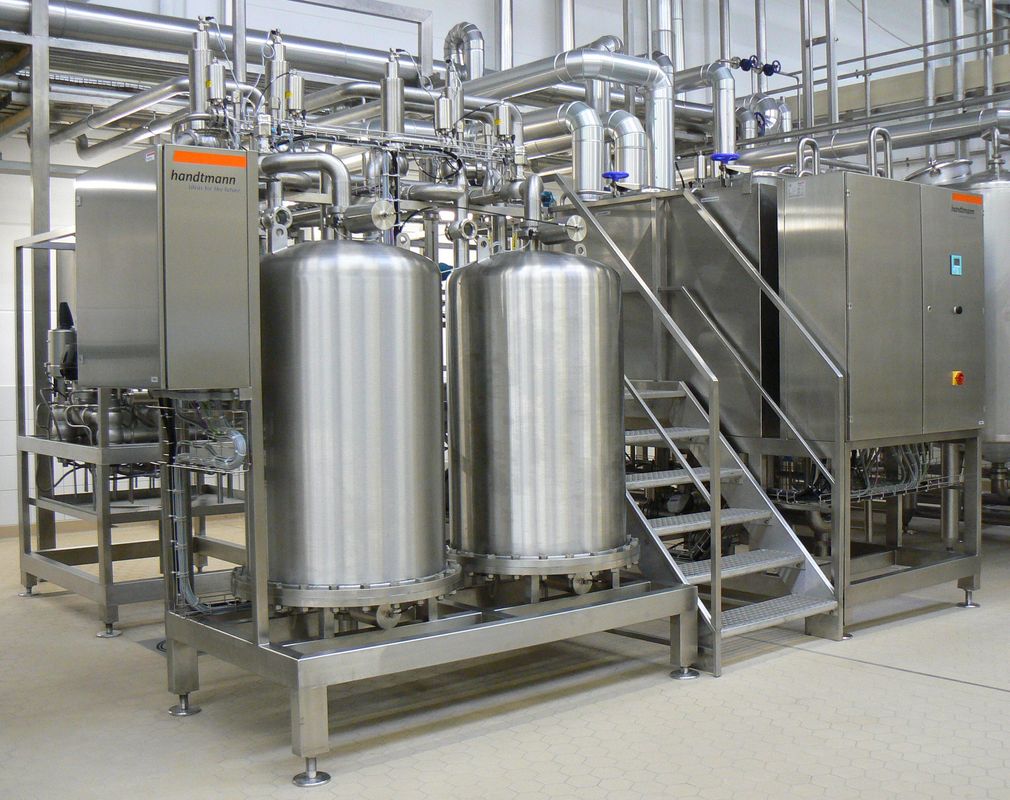 Put an end to PVPP handling of beer and annoying interruptions during the filtration- and stabilization process: How beer stabilization works shows the Albert Handtmann Armaturenfabrik GmbH & Co. KG with the latest development of its CSS beer stabilization (“CSS” stands for Controlled Stabilization System). The system has been optimized in two aspects: The new plant completely forgoes Polyvinylpolypyrrolidon (PVPP). Instead, it uses a natural stabilization material without the risk of any residues in the beer. In addition, not only continuous beer stabilization is possible. Now it is also feasible to connect two separate filtration lines to one plant.

„The further development of our CSS beer stabilization is a great success. We worked quite hard during the past years. With the new plant concept we exactly meet the pulse of time“, says Michael Feische, Director of Components and Filtration of the Albert Handtmann Armaturenfabrik GmbH & Co. KG. „More and more breweries want stabilization without PVPP, and are looking for gentle but efficient solutions. This is exactly what we offer them“.

The new CSS beer stabilization from Handtmann is based on a targeted adsorption of polyphenols by means of a natural stabilization material: the Polysaccharide Agarose. It is modified during a patented procedure and is included in the adsorber modules, the heart of the CSS plant.

The stabilization- or adsorber material remains in the plant for several years and can be regenerated without losses. Thus, the CSS plant is particularly

sustainable. Of course, the material is compliant to the German Purity Law, as well as FDA approved („FDA“ stands for Food and Drug Administration, the US-authority for food and pharmaceutical products). For years to come, the dosage-free system from Handtmann means essential cost saving regarding waste disposal, logistics expenditure and purchase of material for polyphenol-based stabilization. „With the CSS there is a substantial cost reduction per hectoliter of stabilized beer“, Feische says. In addition, it is possible to adjust the beer stability individually.

Another advantage for breweries: The plant has a very small product room volume. Even during more frequent brand changes this results in only little beer losses. Not only does the CSS plant save cost, but also time and nerves: The Handtmann CSS enables 24 hours automatic beer stabilization, in just one or several beer filtration lines. Therefore, the adsorber lines will be adjusted to the necessary hourly performance, while being operated alternately. Thus, one line is ready for the beer stabilization and the other line will be regenerated. If more than two filtration lines are installed in the plant, it is possible to stabilize different beer brands at the same time. „So far, that has not been possible. Due to this new beer stabilization the brewers are way more flexible, and can dedicate their precious time to other important things. Our plant takes over the stabilization“, Feische emphasizes.

Instead of a PVPP filter, the CSS plant can be installed and integrated individually in any existing filtration process. The CSS reduces the polyphenols to the desired value of the brewery. They bind to the adsorber material and will only be removed during the regeneration. No substances of the adsorber material will be released to the beer and the beer quality will not be affected. The sensory properties, the foam stability, the beer color and bitter units of your beers remain unchanged. The stabilization level is individually adjustable.