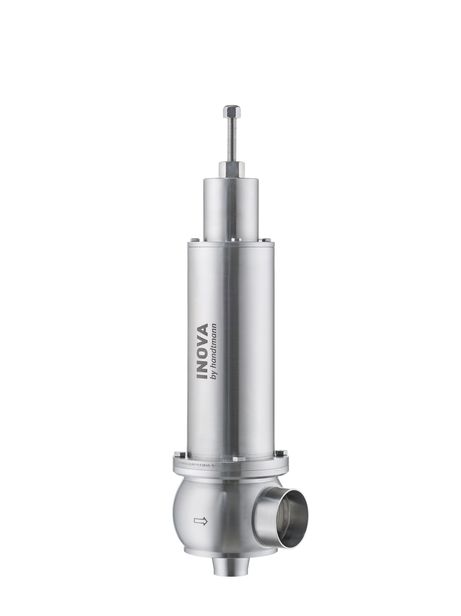 With a new quality assurance system, the safety valve producer is heading into foreign waters. The American Society of Mechanical Engineers has certified the Handtmann Armaturenfabrik for the production of safety valves in accordance with the international directives of the ASME code. This enables the internationally-operating manufacturer to now also offer the valves produced in Germany on the markets in the USA, Canada and Asia as well. They will be sold under the brand name "INOVA" and officially launched onto the US market at the "Craft Brewers Conference" in Philadelphia at the beginning of May.

For the Handtmann Armaturenfabrik, the certification is further evidence of the high quality standards. The ASME code is the leading global set of regulations for the design, production and testing of pressure devices and pressure-bearing components. Manufacturers who meet this standard are authorised to label their products with the ASME symbol and a UV stamp, thus giving them access to numerous markets outside of Europe. Handtmann can now sell its own products directly in these markets. The ASME certification enables the family company from Swabia to strengthen its position as a producer of high-quality safety valves and to enter into new markets. There is a great amount of potential, as the quality and the hygienic design of the stainless steel valves give them distinct advantages over valves from other manufacturers that are often made of cast iron, and they are known for their excellent level of reliability and safety in hygienically sensitive areas. This is augmented by the many years of experience in the production processes that Handtmann supports its customers with as their expert partner.