Information on the position of the Handtmann Group of Companies 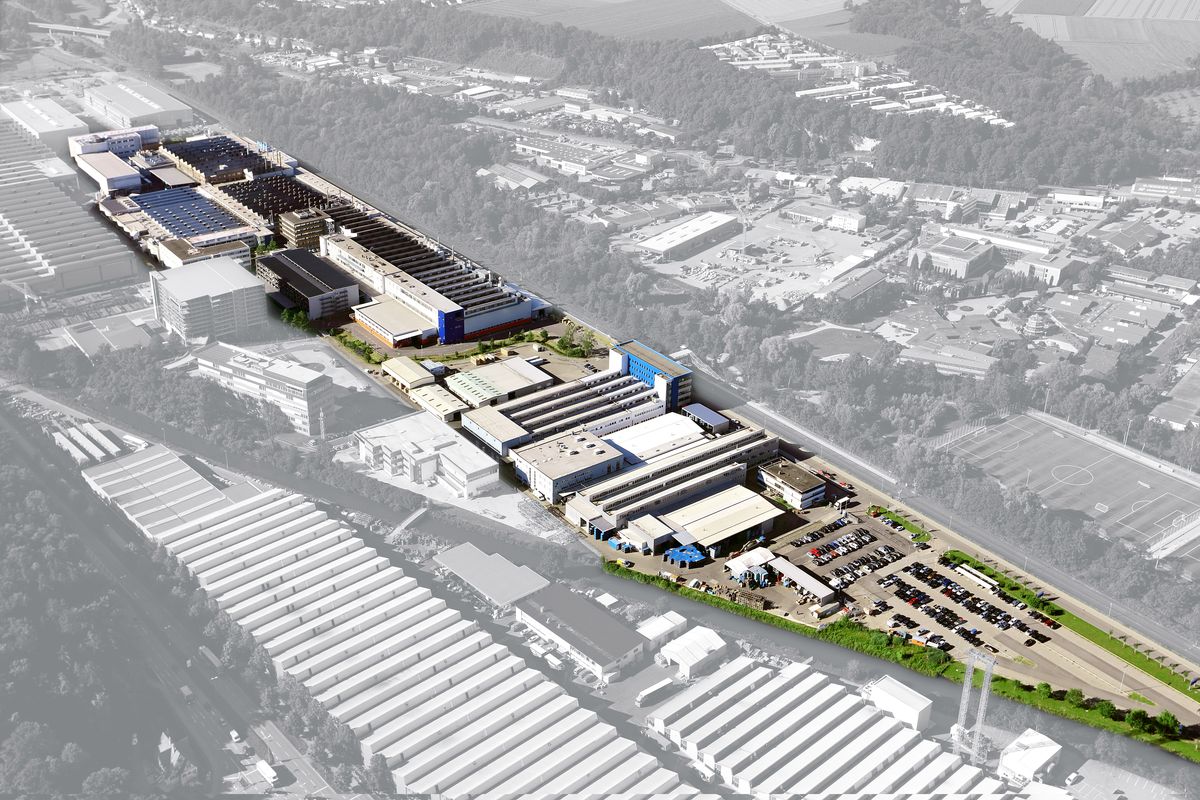 To the north of Herrlishöfen, near Biberach, the IGI Rißtal association, which the Biberach, Warthausen, Schemmerhofen and Maselheim municipalities are members of, plans to designate a new industrial zone – the Rißtal inter-municipal industrial estate (IGI). Handtmann supports these plans.

What is the opinion of the Handtmann Group of Companies with relation to the IGI Rißtal?

The Handtmann Group of Companies has a workforce of 2,500 employees in Biberach. This also includes approximately 100 trainees who, as future specialist staff, are important for maintaining the company’s level of competitiveness. Due to its bond with the region and to secure the jobs at this location, the Handtmann Group of Companies prefers an area near to Biberach. The municipalities involved have carried out a preparatory investigation of several locations for a new inter-municipal industrial estate and have reached the conclusion that only the site near Herrlishöfen is suitable for being designated as such. The reasons cited for this included the possibility to erect a rail stop and the fact that the site on the B30 is easily accessible by road. As the area is near to the Group of Companies’ headquarters, Handtmann would be able to also use the existing infrastructure.

Why does the company need additional spaces?

In 2017, when planning began, the IGI Rißtal was conceived as a production facility for mechanical machining and assembly. Also due to the lack of space in Biberach, the Handtmann Group of Companies has meanwhile created the required production capacities in other locations, e.g. in Annaberg-Buchholz (Saxony), where orders relating to electric mobility are processed. Nevertheless, Handtmann is still interested in a site in IGI Rißtal. Companies like Handtmann generally need reserve land in proximity to their existing sites in order to be able to respond flexibly to future developments. Opportunities for expansion are indispensable for Handtmann to keep its headquarters in Biberach fit for the future.

What will the Handtmann Group of Companies do if it cannot find a new site in the Biberach region?

New orders have already been produced at other sites in Europe since 2018, also because there were no opportunities for expansion of production spaces in Biberach. For example, the construction of a hall for the Light metal casting division started in Annaberg-Buchholz (Saxony) at the beginning of 2019. The company owns additional spaces there and in the greater Košice area (Slovakia) and these have already been designated as industrial zones.

The Handtmann Group of Companies has a close bond with the Biberach region and needs reserve land in its proximity in order to be able to respond flexibly to future developments. A factor in favour of a location near to the main factory is that, there, it is easier to develop the know-how required, as experts already work in Biberach.

Will the expansion involve creating new jobs or securing existing ones?

The Handtmann Group of Companies wants to secure its headquarters in Biberach for the long term and keep it fit for the future, including the jobs located here. This requires reserve land in Biberach, which can be built on flexibly if there is a need for it in the future. These are long-term considerations. Depending on building development, adjustments in personnel planning may be necessary.

What impact would the new corporate site at IGI Rißtal have on the traffic situation in Herrlishöfen?

Given the catchment area of the site, it can be assumed that only about half of the potential employees at the site in IGI Rißtal would drive through Herrlishöfen, because the other half would be able to reach the industrial estate from the north. It must also be taken into account that the possible shifts would begin/end counter to the current traffic peaks. Handtmann is also campaigning for new public transport stops in IGI Rißtal, which would further decrease the amount of commuter traffic.

All incoming and outgoing deliveries would use the B30 junction until a rail link has been provided. We also expect that traffic between the new location and the main factory on Arthur-Handtmann-Strasse will mainly use the B30.

At the existing Handtmann Group of Companies sites in Biberach, are there already rail stops that are used for incoming and outgoing deliveries or for passenger transport?

The Arthur-Handtmann-Strasse site is located next to the “Biberach Süd” rail stop. It is also used by our employees. Incoming and outgoing deliveries are not made by freight transport as there is no space available for a freight station or an additional platform.

Would a Handtmann corporate site at IGI Rißtal affect residents with noise pollution or an impairment to the air quality?

In all likelihood, the mechanical machining and assembly production areas would primarily be located at a Handtmann corporate site at IGI Rißtal. As shown by current noise level measurements at the existing sites of the Handtmann Group of Companies, the statutory limits there are complied with outside the halls and on the rest of the factory site.

Mechanical machining and assembly do not produce any emissions. Locating a light metal foundry on the IGI Rißtal site would also not create any emissions, as high-performance filter systems would be used. However, a facility such as this is not currently being planned.

What role does the Handtmann Group of Companies play in relation to the approval of the IGI Rißtal?

In 2017, the company has informed the town of Biberach of its need for additional spaces and has explained the situation to the Tübingen regional council. The company has no influence at all on the approval process, which is governed by law and also requires expert environmental reports and public involvement measures. The Handtmann Group of Companies will accept the outcome of this process – whatever it may be – and, of course, comply with all existing guidelines and regulations for new buildings. Handtmann is a family-run company which bears responsibility for the staff, the economic development of the region and the environment. The aim is to meet all the demands as well as possible and thus to safeguard the continued existence of the company.